Collabor88’s December round is open and among the many goodies, Purple poses has a couple sets of single poses (including the one am using from the Jess set) and some super cute couple poses.

Also for those of you who are Catwa head lovers, they have been updated with the current females version now version 4.4.  Below is a list of the latest updates for them.

Don’t forget that the newly refurbished TDR (The Dressing Room) is open.  Many wonderful designers names you will know, with lots of new goodies.  Purple Poses has a great bunch of pose available at the moment, available at Cosmo and if you haven’t yet tried Catwas Mesh head, they are def worth a try of the demo at least :p.  All round it’s the perfect time to get some Christmas shopping in 🙂

Shake off the shadows

Fashion for Change is on and Poute has a cute lil pair of sandals made for Slink flat feet available exclusive for the event.   6 sandal colour options and each colour has a hud with 12 colour options for the straps as well as a choice of silver or gold metals.

Fashion for Change is open now!

Hipster Fair 2015 has opened and [AIMI] Skins has a gorgeous exclusive called Hetty out for it before the fatpacks are released when Hipster finishes on the 15th and an awesome bonus of the loudmouth applier being inclusive.  I think this is one of my fav skins from [AIMI} and one def not to be missed. 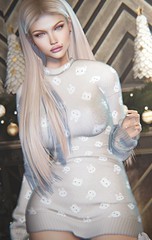 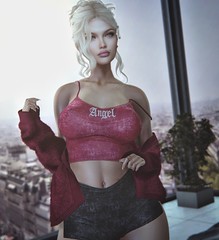